Twitter Tips for Businesses from a College Basketball Fanatic 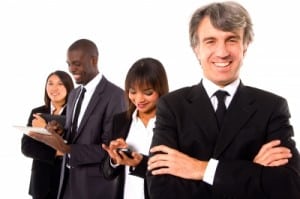 I’ve been an avid Facebooker for a good decade now, but I didn’t join Twitter until 2011. I admit I primarily created an account because I wanted to follow the members of my alma mater’s basketball team. Besides reading their tweets a few times a week, I didn’t do anything.  I just didn’t get it—it was kind of like Facebook, but with nothing but really short status updates and something called “hashtags”.

It wasn’t until a couple of years (yes, years) later that I realized how beneficial and how much fun Twitter can really be. With a little practice, I’ve come to feel like I’m part of the action. Because of my activity on Twitter, I’ve been able to meet and interact with several of my favorite athletes, sports broadcasters, and fellow fans. It’s even facilitated a few in-person encounters that never would have happened otherwise. I’ve been able to promote my personal sports blog, and I’ve even gotten RTs, replies, and favorites from a few admired sports celebrities.

While as a business owner, you’re probably not interested in getting attention from college basketball players like I am, some of the same principles apply to your Twitter activity. You want attention from potential customers, and if you play your cards right, Twitter can be a great tool to achieve that.

There is a bit of a science to it, though. I came across this article the other day that mentions some great Twitter suggestions for businesses. Here are my top 3:

Keep it smart, and Twitter can be fun and useful for businesses and college basketball fans alike.

How Suitable Are Twitter Ads (or Promoted Tweets) for Local Businesses?

4 Tips to Help With Marketing Expenses for Small Businesses