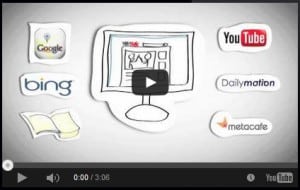 As many small businesses already know, YouTube can be an extremely powerful marketing tool if used correctly. With over 1 billion unique users and around 4 billion video views per day, 1 billion of which are viewed on mobile devices, YouTube certainly has a large enough audience that any smart small business owner out there would love to get a piece of!

Since Google owns YouTube (purchased for $1,650,000,000 in 2006), we have found it tends to give a bit of “extra favoritism” to YouTube videos in Google rankings, which makes ranking for a target keyword using a YouTube video sometimes a fair bit easier then ranking for that same keyword using most other platforms. The issue is, with such large growth over the years, YouTube has become very competitive, meaning you must optimize your YouTube videos as much as you can to get the highest possible benefit from them. Before you can optimize your YouTube videos, you must first understand what factors play a role in its video rankings.

There are a wide range of factors that play a role in your YouTube videos’ rankings, the main ones being:

-Video Title – The title of your YouTube video plays a major role in its ranking, and because of this, having a target keyword in the title is a must. The closer to the beginning of the title that the target keyword is used, the better, and repeating it more then once in the title can help quite a bit, as well.

–Video Description – The video description isn’t as important as the title, but is still one of the top factors used to determine a video’s ranking. Because of this, you should make sure to include your target keyword multiple times in the video description. It is also ideal to include a short breakdown of the video to users and end it with a call to action to improve the chances of getting more comments/followers/shares.

–Video Tags – Video tagging appears to be another major factor when it comes to YouTube video ranking, and because of this, it is also a must. Whenever possible, try to include multiple versions of your keyword for added benefit (Example: SEO vs Search Engine Optimization), as well as similar keywords to your target keyword (Example: Search Engines, Website Optimization). Lastly, when tagging your video, make sure to include the max number of tags it will allow (500 characters total, across all tags).

–Video Transcript – Make sure to include a transcript, as based on our experience, YouTube does factor in the keywords used as part of the video’s ranking, so it is smart to make sure you have one. Also make sure to read through it to make sure no corrections are needed (as YouTube auto adds the video transcript using voice recognition, but sometimes makes errors if the words being spoken aren’t clear enough).

–Video Views – The more views your YouTube video can get and the shorter the time frame in which they can get them also can play a rather large factor into their rankings. Because of this, it is extremely important to try to get as much momentum as possible early on for each of your YouTube videos.

–Video Shares – Similar to views, shares appear to also be factored into a YouTube video’s ranking. The idea is, if a user shares a video, they must have liked it, making it that much more likely another user will also like it. Try to get as many early shares as possible to help the chances of your video going viral and ranking better overall.

–Other YouTube video ranking factors – This includes such things as channel authority, video comments, video/channel subscribers, favorites, thumbs up/down and video/channel backlinks. All these things are also important, but they tend to either be less important then the others, or harder to directly control.

1. When first posting a new YouTube video, try to get it as viral as possible very early on. The more views you get can early on, the more likely it is that your video will push past its competitors in the rankings. Posting a video and waiting to share/optimize can make it many times less likely to rank, so make sure to be very proactive with your YouTube video optimization when you first post them.

4. Include a keyword-rich video description and make sure to end it with a strong call to action.

5. Reply to negative & positive comments on your video to keep the conversation going. Also, never be rude to users who comment on your videos (even if they are rude to you).

6. Read through the video transcript and make any needed corrections manually.

8. Embed your new YouTube video somewhere on your website. The homepage will get the most impact, but even a blog post about your new video can help.

By following these 8 steps, we have found that you can greatly increase the chances of your company’s YouTube videos ranking well on the major search engines. Start optimizing your way to YouTube success today!